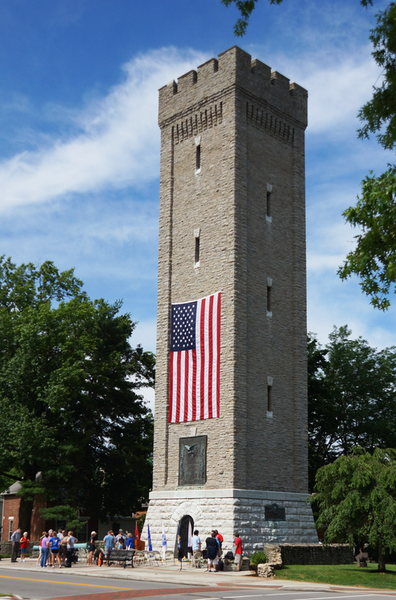 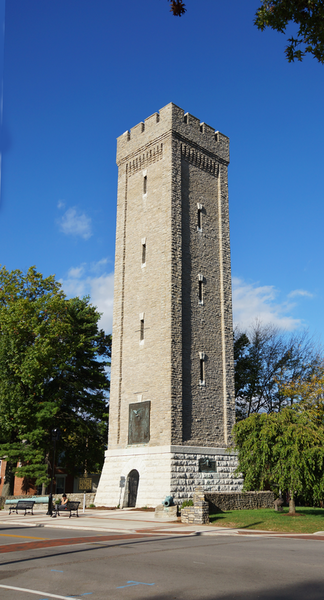 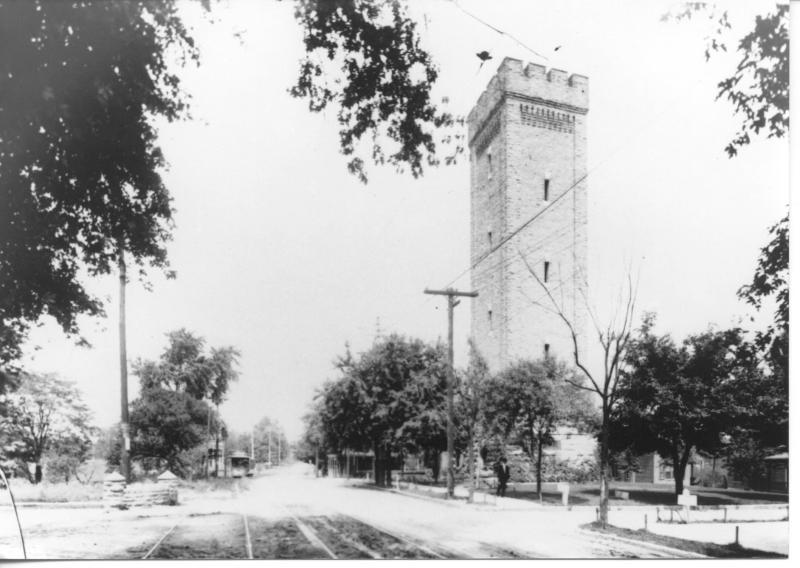 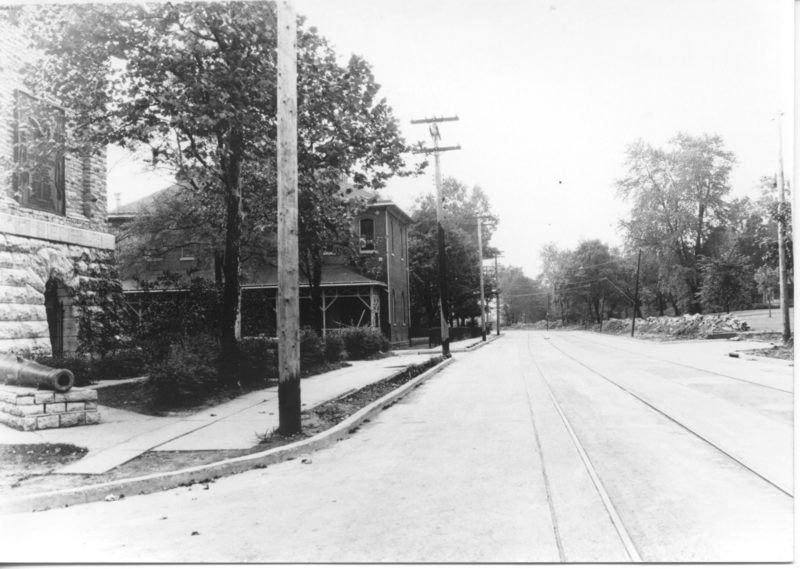 The one hundred and two feet high stone water tower which is a familiar landmark in Northern Kentucky was the sixteenth structure built on the grounds of the Fort Thomas Military Reservation. It encloses a standpipe with a capacity of 100,000 gallons, pumped from the Covington Waterworks (now Kenton County Water District) reservoirs just across South Fort Thomas Avenue. It was necessary in 1890 when the military base was established to assure an adequate supply in a time when there was no other water tower in the area.

The truncated base is 23½ feet square, made of granite. The blocks of limestone in the tower add to the appearance of a fortress. Only a few narrow openings, vertically spaced and the parapet top lend to the military design.

Built at a cost of $10,995.00 in 1890, the engineer for the project was Patrick Rooney of Cincinnati and the building contractor was Henry Schriver, a local builder of many other buildings in the fort. A wrought iron gate at the entrance has the number 16 in its design.

Above the gate and on the most prominent side is a plaque, approximately eight feet by five feet dedicated to the memory of the members of the Sixth Regiment of the U.S. Infantry who lost their lives in the “War with Spain.” An animated eagle in high relief takes the attention of the view on first glance. The military symbols of flags, bayonets, a belt, and a bandolier, all in bas-relief, increase the dramatic effect.

The sculpture is the work of Covington artist, Clement J. Barnhorn. Among his well-known works are doors of the Cathedral Bassilica in Covington and the sarcophagus of Elizabeth Booth Duveneck in the Cincinnati Art Museum.

The smaller bronze tablet on the south side of the tower honors Brigadier General Harry C. Egbert, who commanded the 6th at San Juan Hill and was badly wounded. He would later die in battle in the Philippines a year later commanding the 22nd U.S. Infantry. He and his family lived at #1 Greene Street for six years.

Cannons captured in Cuba’s Havana Harbor in the Spanish American War rest on stone platforms in front of the Tower. The dates on them are 1768 and 1769. The stonework was the work of the local Geiman family.

This plaza was dedicated in 2003 in honor of the 80,000 inducted at Fort Thomas. Countless other men and women have served with the Army Reserves and the Veterans Administration on this site. Others have been served by the VA facilities within this property.