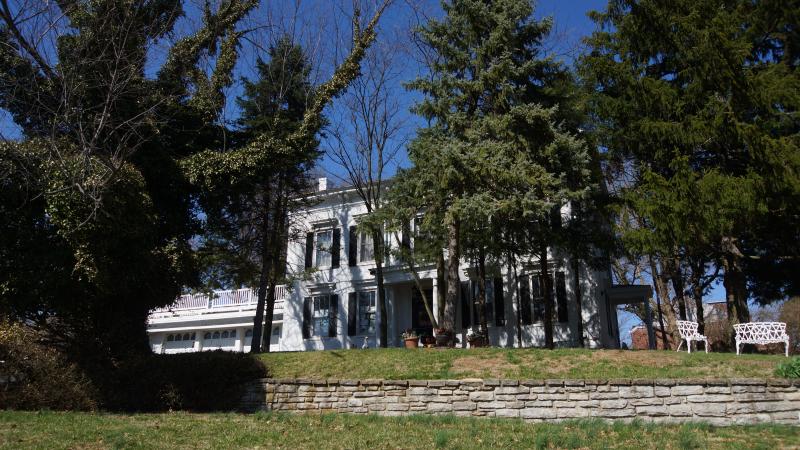 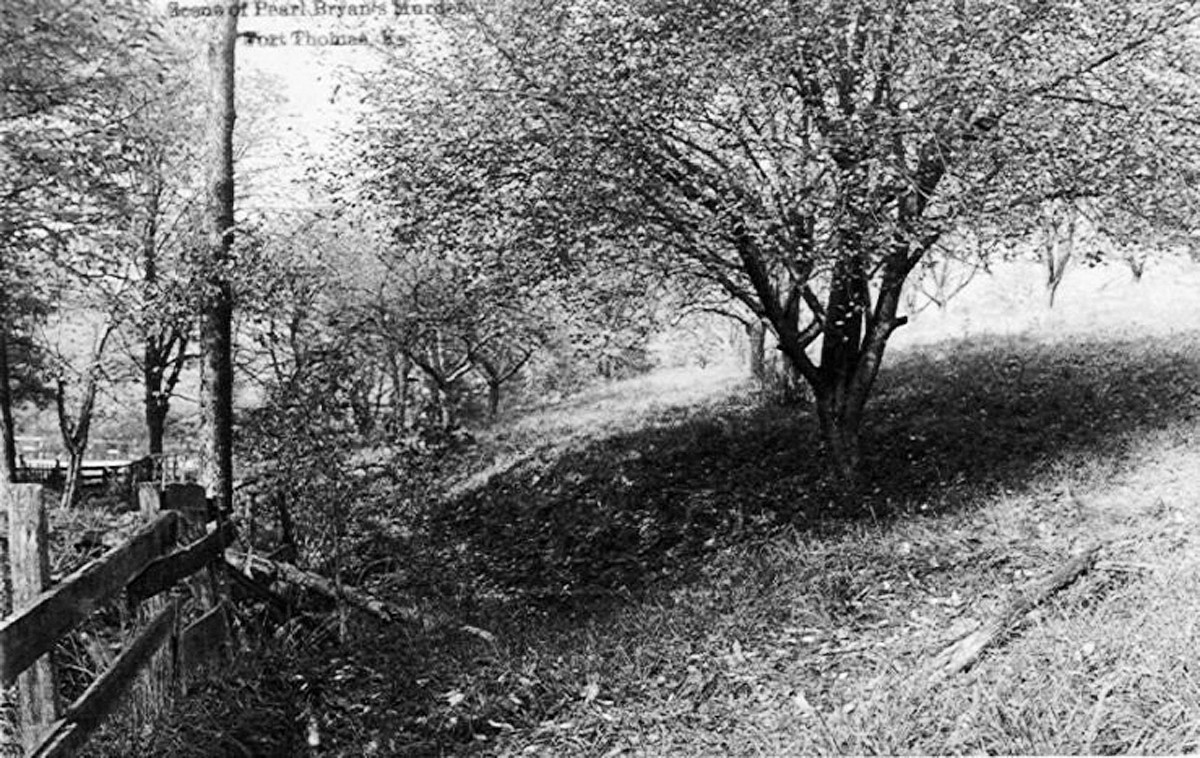 The historic Locke House, partially hidden behind by large trees and shrubs, sits atop a steep hill at the corner of South Ft. Thomas Avenue and Warren Court. Built in 1851, the home was once part of a 40 acre fruit farm. Today the structure is owned by John and Cyndy Mendel and houses their Children’s Art Academy. The Mendels have owned the Locke House since 1976 and are well acquainted with the home’s historical and disturbing past.

The Locke farm, a 40 acre fruit farm, sat in between Alexandria Pike and what is now South Ft. Thomas Avenue. The farm’s acreage ended at the meeting of these two major roads. The first historical significance of the home and farm was its use during the Civil War.

Kentucky remained officially neutral during the four year war, with the Ohio River being the demarcation of the Mason-Dixon Line that divided what was considered the North from the South.

It was anticipated that Confederate troops would march north to lay siege to Cincinnati, on the other side of the Ohio River. At the triangular southern boundary of the Locke farm, the meeting of what is now U.S. 27 and S. Ft. Thomas Avenue, volunteers and Union troops dug rifle pits as part of the defense of Cincinnati.

While rifleman manned the trenches, the widow’s walk on the top of the Locke House was used as an observatory outpost to watch for troop movement coming up Alexandria Pike. Southern troops stopped their march north to Cincinnati just south of Covington after their scouts reported the heavily defended routes north, the Locke trenches and widow’s walk being part of that defense.

The Locke House became not only a significant military site but also a notoriously sinister site on Saturday morning, February 1, 1896. That morning, a farm hand at the Locke farm was walking to work on an old orchard path that ran through the farm. As he walked the path, just inside the farm’s fence line along its southern Alexandria Pike border, he made a grisly discovery. There, half hidden by the bushes along the fence, lay the headless body of a young woman, lying with her arms outstretched and her neck in a pool of blood.

The partially clothed corpse carried no identification, with pieces of her clothing scattered around her. By Thursday morning, February 6, 1896, however, two men, Scott Jackson, the boyfriend of the woman, and Alonzo Walling, Jackson’s roommate, had been arrested for the woman’s murder. The murderers had been found through the shoe on the body’s left foot.

Sheriff Jule Plummer of Campbell County noted a marking inside the shoe that indicated where and from whom the shoe had been purchased: Lewis and Hayes, Greencastle, Indiana. The shoe was identified as being bought by Pearl Bryan several months prior to the murder. Bryan’s parents identified the shoe as that of their 20 year old daughter and also a garment presented to them as their daughter’s. They then traveled to Newport, Kentucky, and viewed the headless murder victim. Scars and marks on the body convinced the Bryans that the body was that of their daughter, Pearl.

The murder and beheading of the young woman became a sensation as news of the crime traveled throughout the country. Eventually, Jackson and Walling were found guilty of the murder of Pearl Bryan. Motive was attributed to the fact that Bryan was pregnant. Over a year after the crime had been committed, both men were hanged at the Newport Court House on March 20, 1897. The valise that the murderers used to carry Bryan’s head away from the murder site is now in possession of the Campbell County Historical Society. Pearl Bryan’s head has never been found.