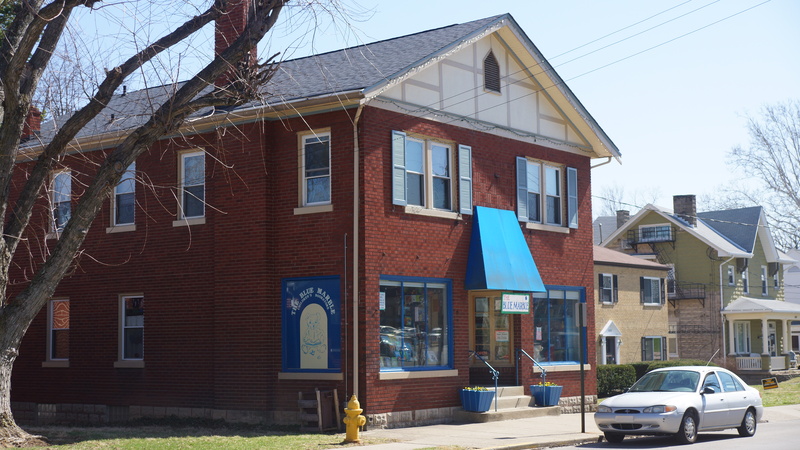 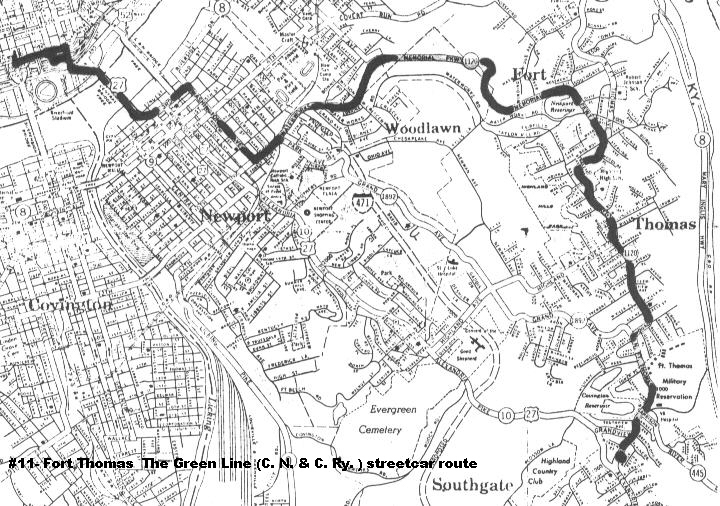 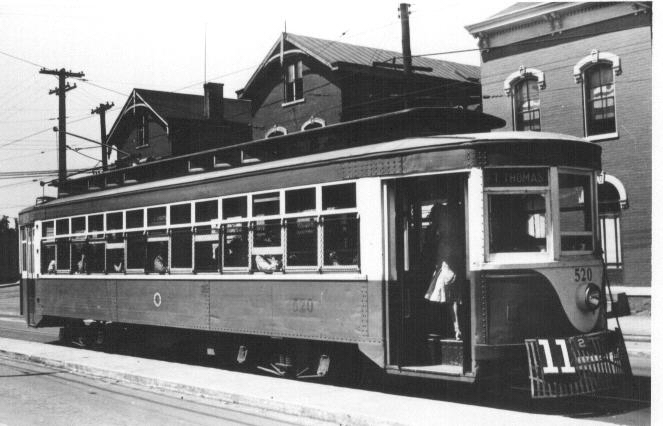 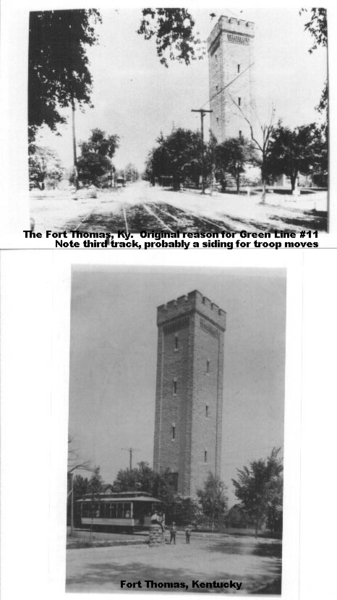 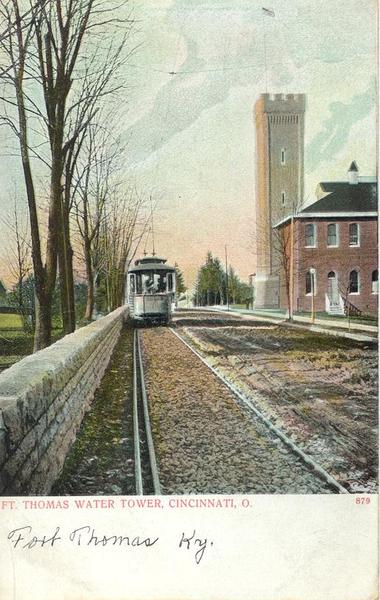 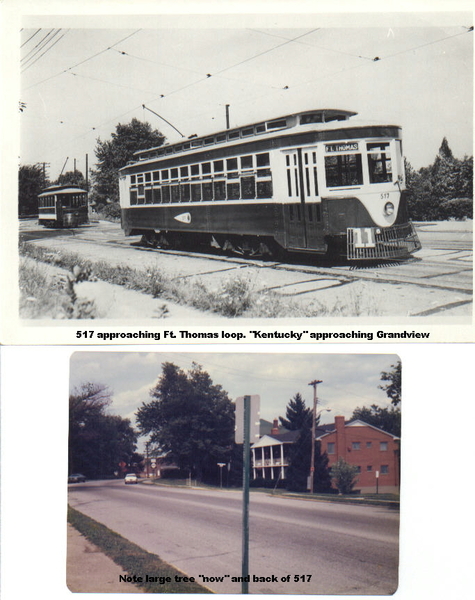 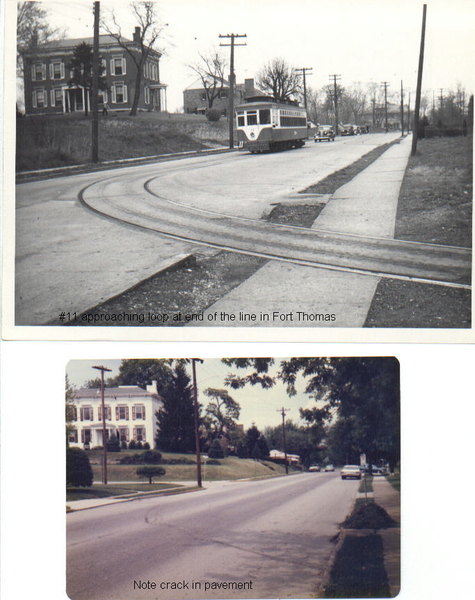 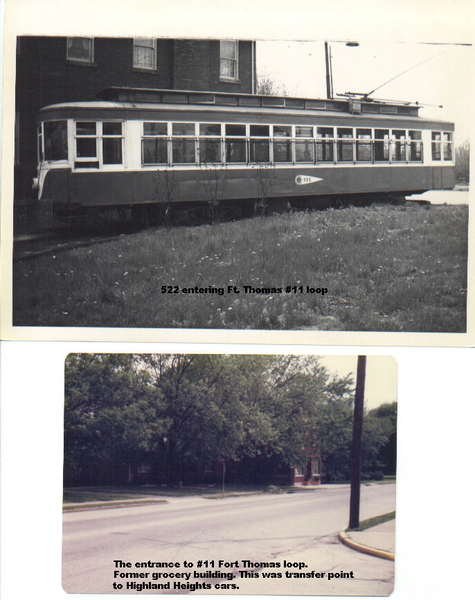 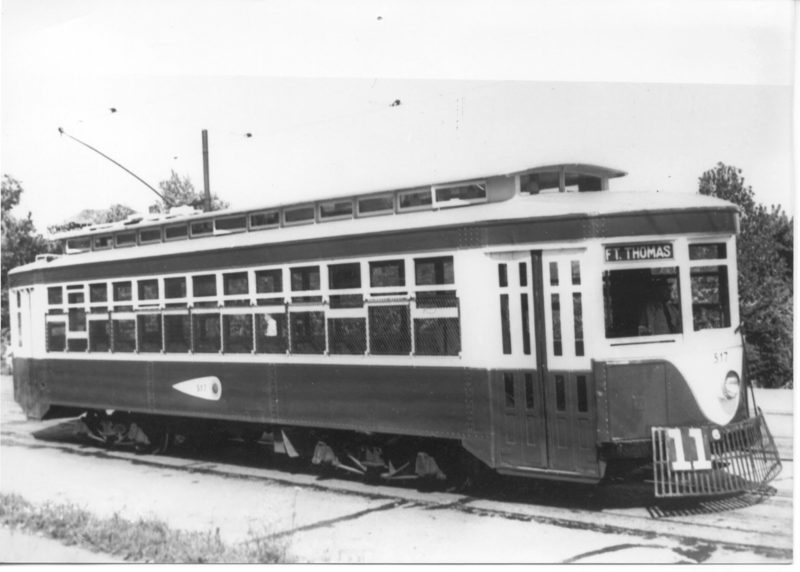 The Blue Marble, located at 1356 S. Fort Thomas Avenue, is a children’s bookstore that has been expanding the imaginations of Greater Cincinnatians since 1979. The owners, Peter and Tina Moore, offer over 30,000 titles for selection by customers both young and old.

In previous incarnations the building housed a grocery drawing some of its customers due to its location at the end of the line for the #11 Fort Thomas streetcar and later bus route. To the left of the building was the “turnaround” for the electric streetcars which transported passengers from 1893 to the late 1940’s.

In 1898, during the Spanish American War, the #11 Fort Thomas streetcar transported sick and wounded soldiers returning from Cuba on the last leg of their journey back to the hospital at the Fort to receive treatment. Stretchers were placed across the seats, and nurses accompanied the soldiers back to Fort Thomas.

From the 1950’s to 1972, The Greenliners (owned by the Green Line Bus Company) operated a route here. In 1972, the bus service was re-organized and called the Transportation Authority of Northern Kentucky. The TANK buses are still in operation today.

In one mode of transportation or another, the #11 Fort Thomas route has operated continuously since 1893.