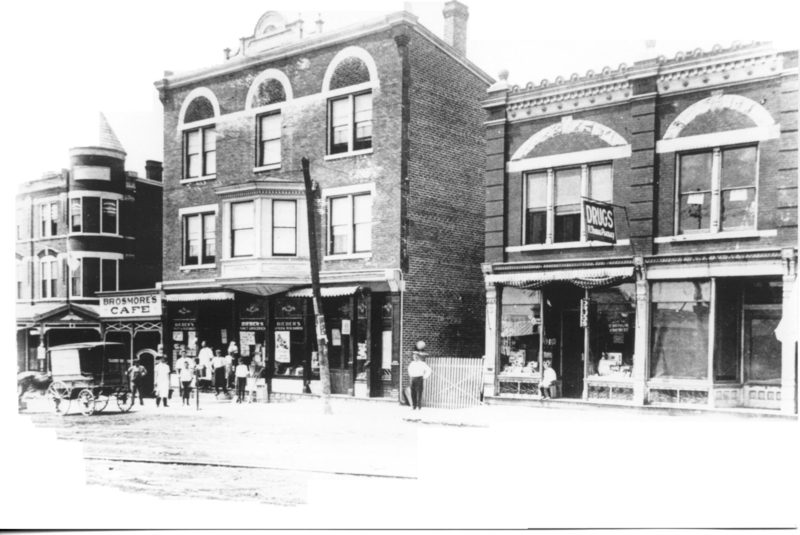 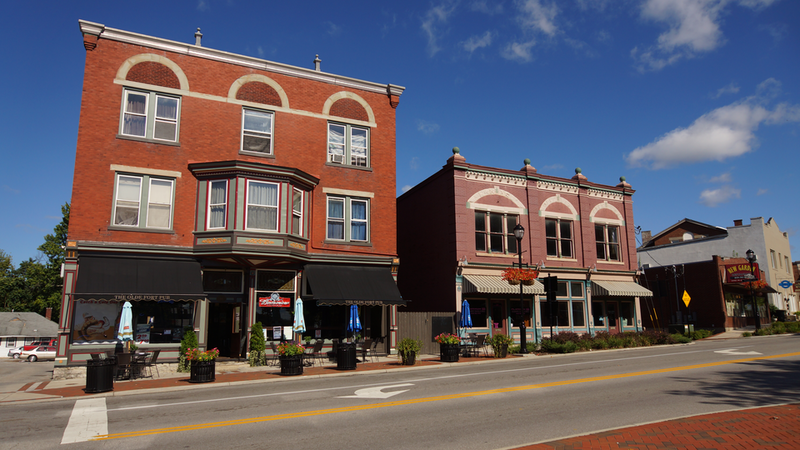 Since World War II, this location has been one of the favorite local watering holes serving the military and locals alike. Bob Arnzen purchased the property in 1977 and the Pub has been locally owned and operated since then by the Arnzen family.

The first floor of the building was built in the late 1880’s. At the turn of the century, Bieber’s Grocery operated out of the building. Between 1910 and 1920 the second and third floors were added. During the 1920’s, local lore has it that the Kroger Baking Company had an operation here. Harry Pelzer owned the building until 1957 at which time he sold to Mr. Red Elliott. Mr. Hank Schroeder owned the property from the early 1960’s until 1975.

As you view the building, notice that the corners are made of ornate ironworks produced at a foundry in Covington. Look up and enjoy the paint coloring and detail work on the façade. Imagine the age of carriages and trolleys of yesterday.