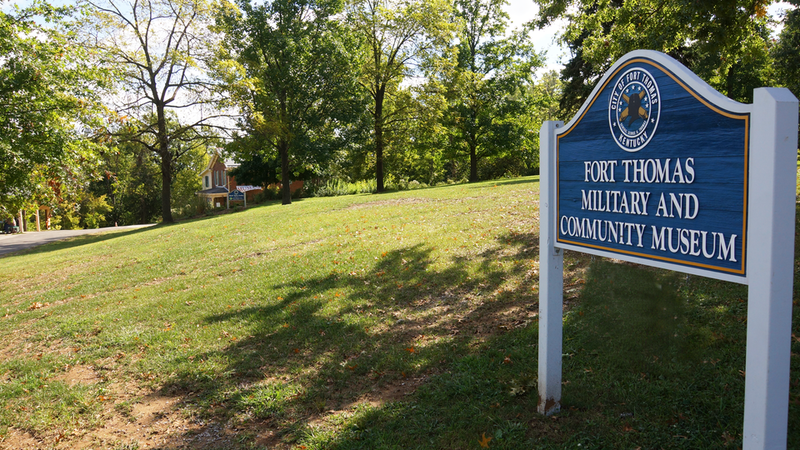 The Fort Thomas Military and Community Museum was originally built as a non-commissioned home for the steward of the Army Hospital in 1910. It is of brick and stone construction in the Colonial Revival style with wooden porches, back and front. It has an area of 27 feet by 31 feet and originally cost $5,104. The original address was #69 Greene Street, indicating that it was the 69th building built within the Fort. The post office has since changed the address to 940 Cochran Avenue.

The Army Hospital once stood on the green lawn between the current museum and Cochran Avenue. This house was well-hidden behind the structure and several other buildings. After the hospital was torn down, this house became home to the head of the recreation department for many years before the City turned it over to the museum staff in 2009. The museum, once only a one-room exhibit in the Mess Hall, has now grown to eight rooms with a volunteer staff. We work closely with the public history department of Northern Kentucky University.