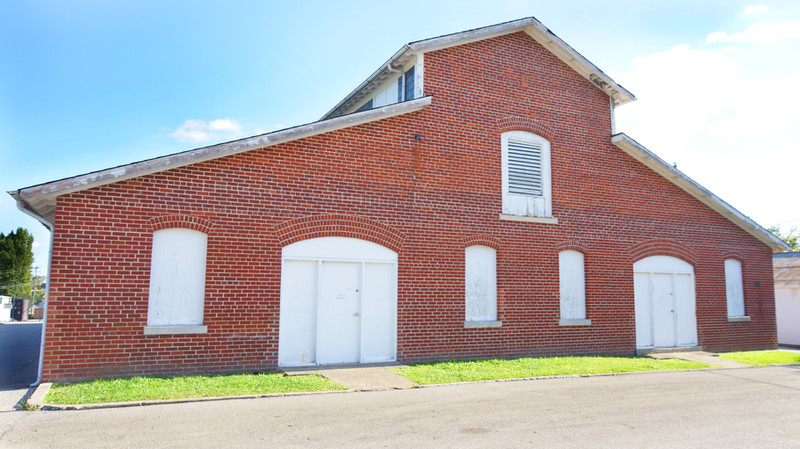 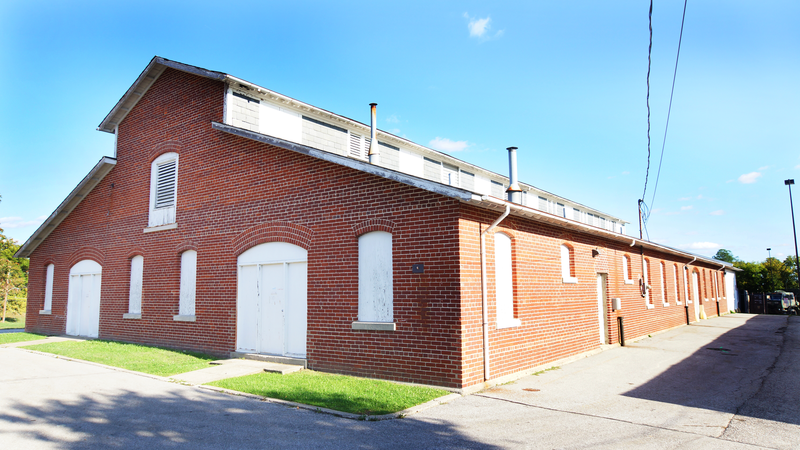 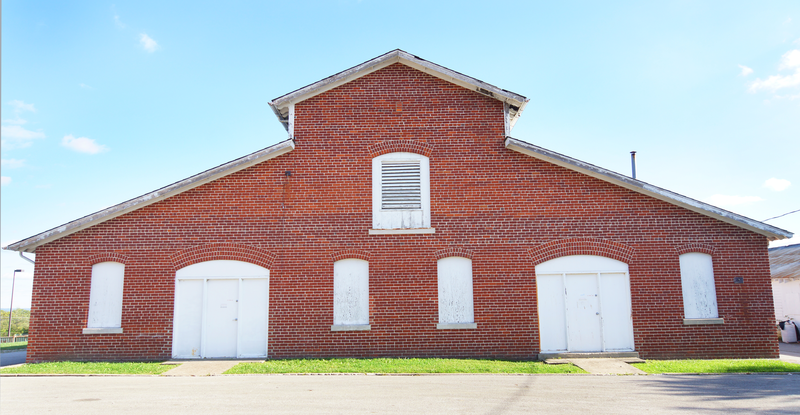 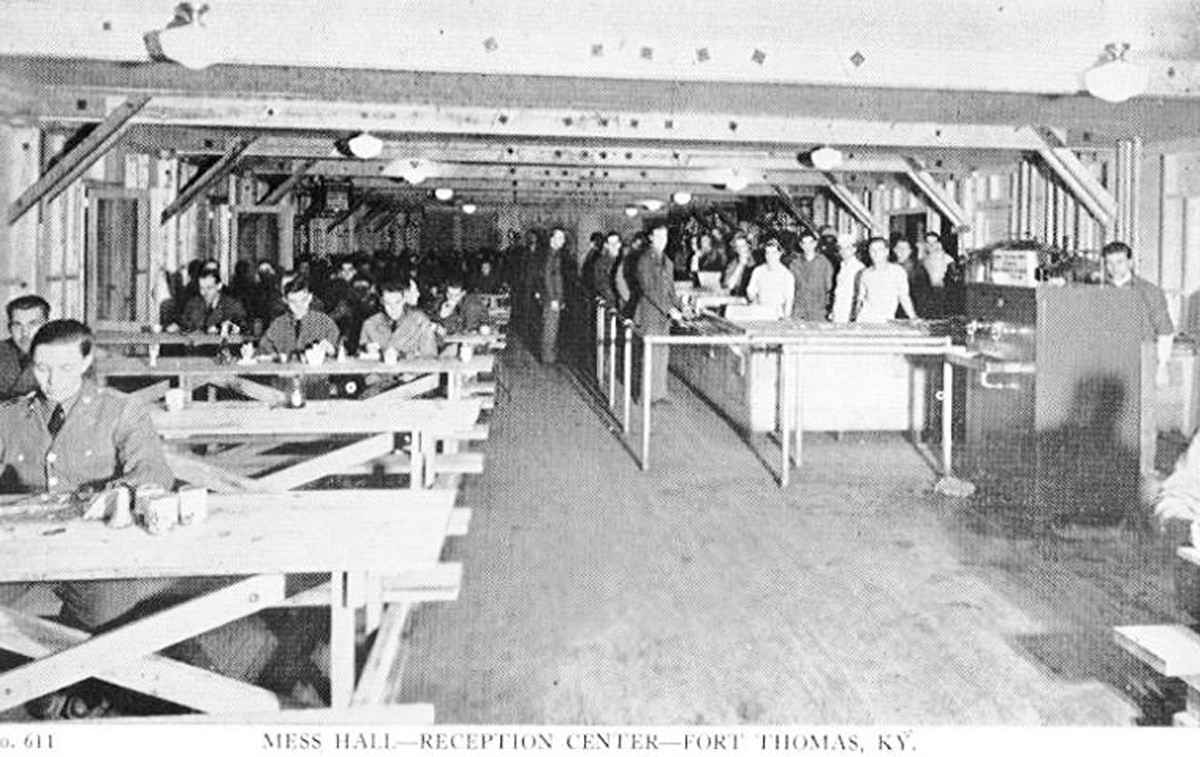 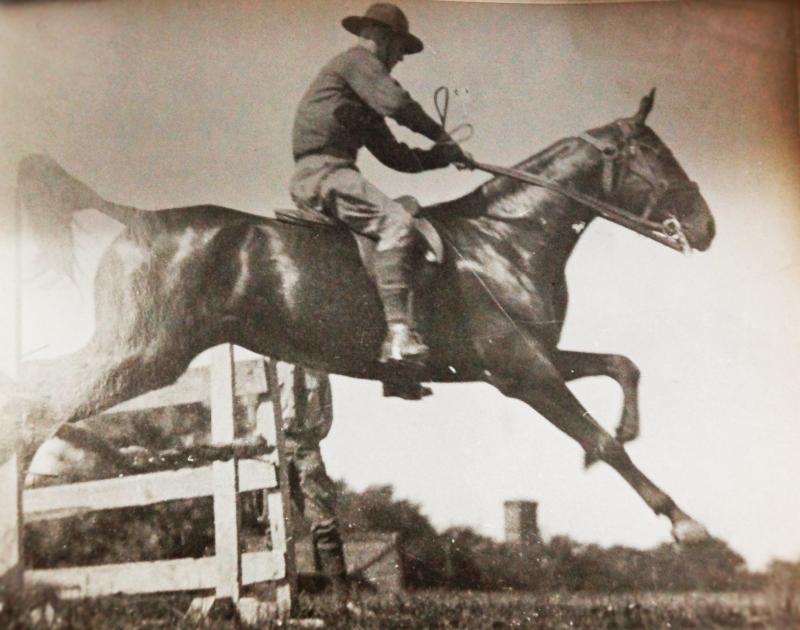 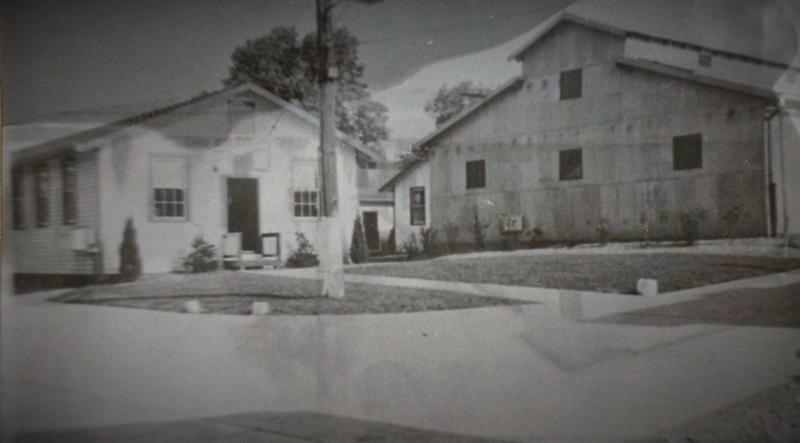 The stable, a long, narrow brick building, has fairly steep roofs above the low ground level, with a clerestory along the ridge, creating a sloping stepped profile at the ends. The openings of the main level are segmental-arched, with wider doors in the centers of the horizontal wall-surface. A small brick addition has been made at one end and a few openings altered or blocked up, but the stable, now used for storage by the Army Reserve, seems to retain much of its original appearance.

Originally built, there were 26 stalls for horses. There is a second floor where hay could be stored and thrown below.